In place of these inane stereotypes, it’s time for a real movement to transcend them instead of waiting for a faux movement that promised to discard gender assumptions but did little more than entrench them further.

Women Going Their Own Way can be viewed as a counterpart to the Men Going Their Own Way movement, but it is no mere copy. Self-determined men and women, and the phrase ‘go your own way’ is hundreds of years old, serving as a call to integrity and independence that can’t be limited to one gender or group.

We no longer wish to be held to the ridiculous standard of goddesses, and we don’t need to be seen as damsels in distress. And we sure as hell don’t need to be fawned over by chivalric knights and heroes; men can leave their suits of armor and jousting utensils at home. All we ask is to be seen as human beings instead of stereotypes, and even if you won’t extend that grace, you can rest assured we will be extending it to ourselves. 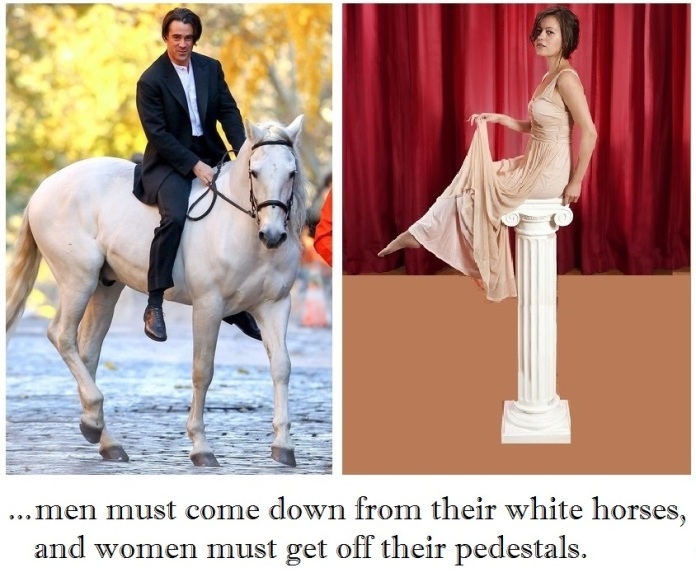